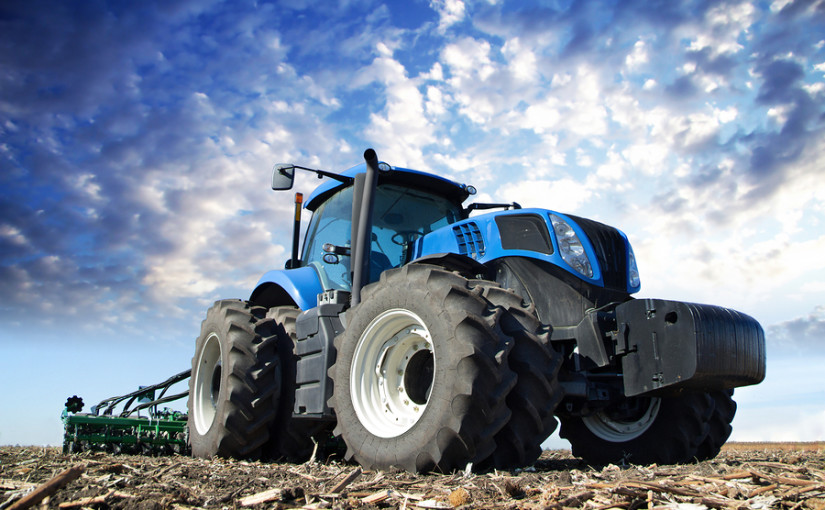 A fast-thinking farmer made headlines after using his tractor and trailer to block the exit of a white van caught red-handed fly tipping on his land.

The incident near Selby, just south of York, made local and national headlines as the farmer was praised for taking steps to prevent the culprit from leaving after dumping a load of rubbish in his field.

North Yorkshire Police Roads Policing Group attended the scene and posted photographs of the vehicle and the heaps of building waste it had tried to leave behind.

In their Facebook post, the NYP RPG said: “Along with local officers, we assisted a farmer who caught someone fly tipping on his land near York.

“The quick-thinking farmer deployed some unorthodox TPaC tactics and managed to detain the offender and vehicle until police arrived.

“The van driver, who is a local tradesman, has been reported for multiple offences in relation to waste carrying, fly tipping and no MOT.”

It is a light-hearted post – the reference to Tactical Pursuit and Containment (TPaC) is more than a little tongue in cheek – but could have serious consequences for the driver of the van.

The man, who is believed to be a local builder, could face a fine of up to £400 on-the-spot for fly tipping, even without a criminal prosecution, and more punishment if the authorities decide to take him to court.

He also potentially faces anywhere from a £60 fixed penalty to a £1,000 fine for driving with no valid MOT certificate.

Like any business waste, carrying construction waste is a regulated activity, and unwanted materials should only ever be transported by a waste carrier registered with the Environment Agency.

In particular, construction waste is more tightly regulated than general business waste – which means you need to find a carrier registered on the ‘upper tier’ of authorised organisations.

Because of this, some registered waste carriers will still not be authorised to transport and dispose of building materials, if they are only registered on the lower tier.

Professional skip hire companies are the way to go – providing you with skips to fill with building waste and other materials on your premises, before taking them away safely and legally.

Make sure your skip hire provider is authorised by the Environment Agency to transport and dispose of the particular types of materials you want to get rid of.

And remember to ask for more advice about any hazardous materials, for example if you are demolishing or refurbishing a building that contains asbestos, as you should never dispose of this in an ordinary skip.